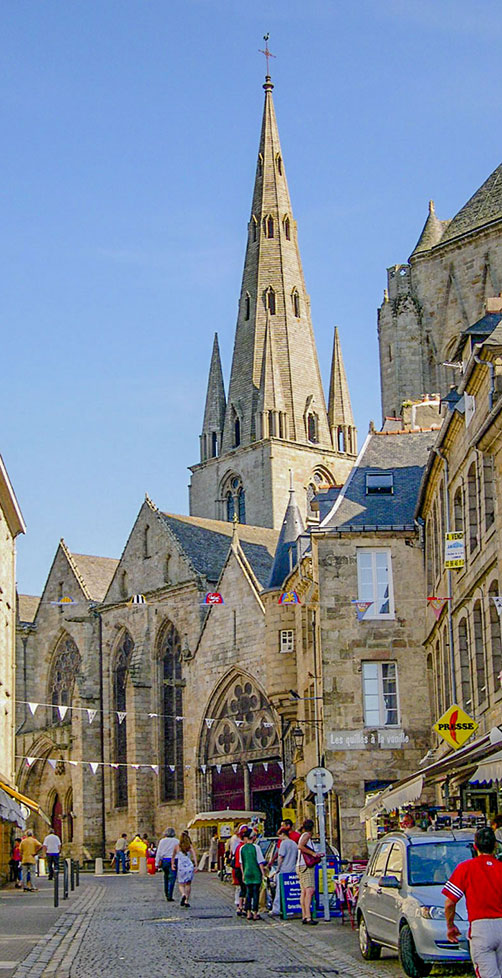 During your stay at the campsite in Guingamp, visit a rather urban (but not too urban) area…

We recommend the city of Guingamp. Only 25 minutes (by car) from the camping in Plouha, Guingamp is a small, dynamic walled town with lots of shops and, above all, lots of charm.

Our rentals in campsite Guingamp

You are looking for a quality location, quiet and with trees. Our Guingamp campsite, it is this will to want to preserve the traditional spirit of the campsite “pure in its natural state”. This is why we offer you, well delimited pitches, with trees, ideal to bask under the soft background sound of nature.

These beautiful grassy pitches coexist harmoniously and in a subtle balance with Chalets, Cottages and Mobile homes within our campsite in Guingamp.

Very comfortable rentals for stays at low prices. Only 1.8 km from a small sandy beach. Enjoy its heated indoor pool (or open), its mini-farm and in season, its entertainment near Guingamp. 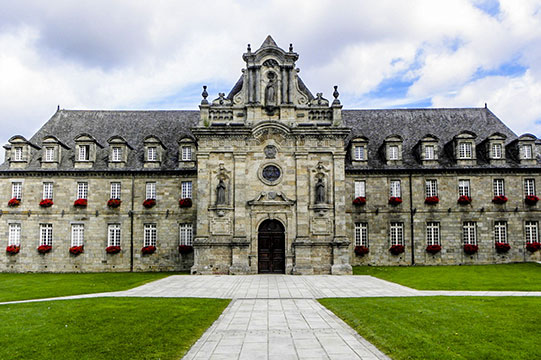 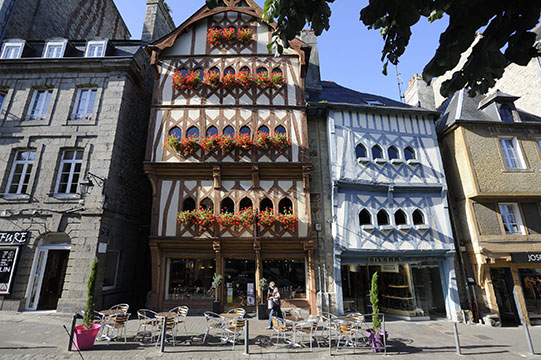 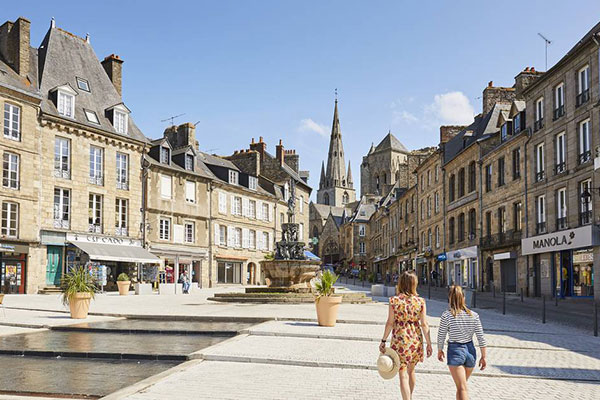 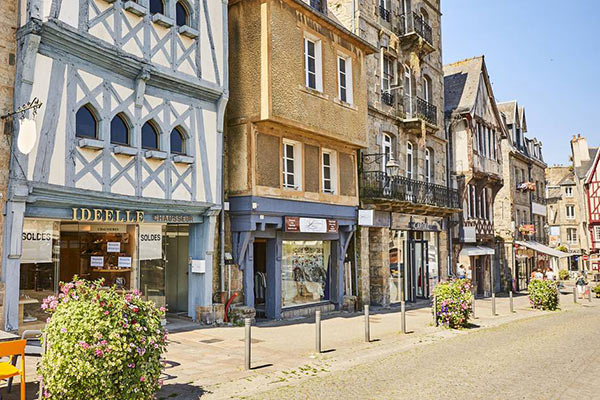 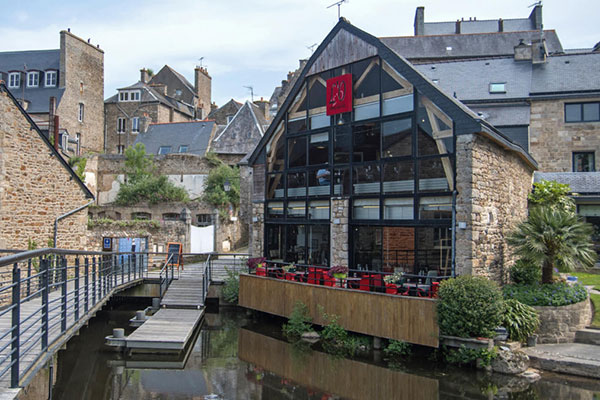 Visit Guingamp from the campsite

Who doesn’t know the red and black jersey of En Avant Guingamp. Famous French football club that has conquered the hearts of the French by winning the French Cup in 2009 and in 2014…

But the city of Guingamp, close to the Neptune, is above all, historical fan of the most enriching!

The geographical location of Guingamp. At the centre of a fertile region, made this town, from the Middle Ages, the most important commercial centre from Trégor to Cornwall. Thus, this fortified city, promises you a trip back in time with its medieval architecture with wood sides, its 15th century castle in the heart of the city, its beautiful basilica Notre Dame de Bon-Secours, with three architectural styles, not forgetting, its houses and its doors of Renaissance style.

You can, at the bend in the alleys, take a shopping and gourmet break near the camping on the Emerald Coast!

Make the choice of a little artistic culture. Since 2019, Guingamp has become the flagship of artistic and cultural education.   With the opening of the National Higher Institute of Artistic and Cultural Education, a university of excellence that has taken up residence in the former prison, which has been renovated for this purpose. Despite what you might think, this place, which is steeped in history (one suspects…), is a magnificent place.

Take advantage of this little trip to visit the Gwin Zegal Art Centre. For the passionate and curious, admirers of creation, essentially turned towards the image, photography and its multiple facets. At the Gwin Zegal Art Centre there is no shortage of subjects and inspiration. Learning, sharing and artistic creation make it a place of exchange between artists, exhibitions and openness to the public. A space for expression and reflection. 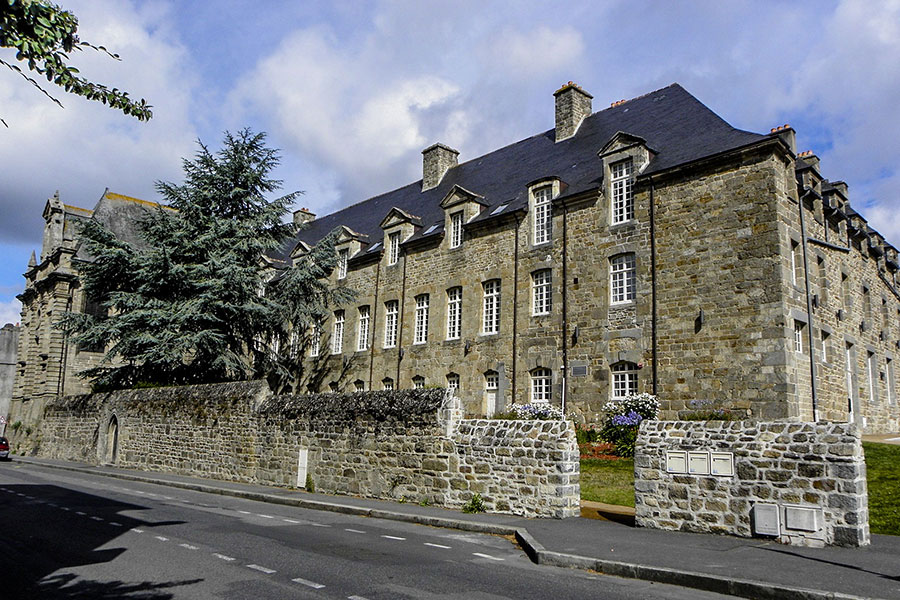 The very active personality of this historic town, is always present in its alleys and during convivial meetings. Come and appreciate it during gourmet breaks with local craftsmen.

In conclusion, Guingamp “camp-béni”, from the Breton “Gwen-gamp”, is an urban city located in a quality natural environment, it is also a very important and therefore dynamic school and university town.  This is why it is ranked in the Top 5 of Breton cities where it is good to live.

Would you like to discover Guingamp differently from the campsite?

During the summer, free guided tours of the town and the Basilica of Notre Dame de Bon Secours are organised by the Tourist Office. In the meantime. If you’d like to try your hand at Breton dancing (in July and August), sign up at the Guingamp Tourist Office, just 30min from our camping near Brehat.

Cherry on the kouing Amann! After discovering this pretty historic town, enjoy our aquatic area with a covered and heated swimming pool at the Guingamp campsite, for a well-deserved dip!
Market day: Friday morning, place du Vally.